One Loud Mess - Birth Control, the PPACA, Freedom of Religion, and the Catholic Church

There's an interesting digression here on the rights of non-human legal entities. The United States Supreme Court in Citizens United v Federal Election Commission (2010) ruled that corporations qualify as people endowed with rights under the Constitution. Pursuant that decision, corporations have the right to give unlimited amounts of cash anonymously to political causes. That's where most of the negative attack ads came from during the Republican primaries. 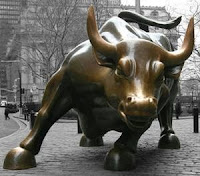 I disagree with the decision. How can corporations be citizens of the United States or of any country? Corporations view countries as markets and have no loyalty to a country's interests when it runs contrary to its own. Has a corporation ever given its life for its country? It couldn't, and if cash is analogous to its life, it wouldn't. If you say you're going to eliminate its antiquated tax loopholes, they'll whine and threaten to leave your country and take their money with them. Corporations are non-human and, consequently, don't have a moral compass. They're bad "citizens" for a country to rely on. Theoretically, the shareholders, who are the owners, could get involved in the yearly shareholder meetings to create moral policies. However, that just doesn't happen. People play with stocks, obsess about money, and ignore the non-fiscal aspects of management.

Now, does the Citizen's United decision confer any rights to the Catholic Church beyond what the Constitution traditionally conferred to individuals? It's another big institution similar to the corporations in Citizen's United and we're being trained to think of corporations as having human rights. The Catholic Church wants to freely exercise its religious freedom by preventing its insurance carriers from providing it's employees insurance benefits it doesn't believe in. However, should any institution have the right to exclude things from you for your own good; or, even for it's own "conscience" sake? I'm not sure corporations or big institutionalized churches have a conscience as we understand it in ourselves. If an Orthodox Jew had to go on food stamps, would it be right for their shul to block their access to non-kosher foods? Should a person be denied the right of being able to say "No" to what they personally don't believe in?


I have a problem with conferring constitutional rights to an institution that allows the institution to take away the rights of an individual. The Church may be individual and corporate, however, we're looking from the perspective of the Constitution and asking what rights does it confer and to whom? Until the Citizens United v Federal Election Commission decision, the Constitution conferred rights to human individuals. I believe rights provided by the government should be personal. You should not have fewer rights because of your affiliation with a non-governmental institution. Members of the Catholic Church should not obtain birth control from any source if they believe contraception is wrong. Their insurance company covering birth control does not take away anyone's right or prevent anyone from freely exercising their religion.

I agree with those who might say the issue becomes more serious when you get into insurance covering the morning after pill and abortion procedures. Where do you draw the line? The type of care? Personal rights verses institutional rights? I personally believe if rights are not personal, we run the risk of losing them. Let's publicly debate those policies and decide as a country on what we'll allow for all. Then, after the public debate, and the public policies are decided, let individuals decide on what they'll take from the spectrum of rights and benefits available to them. The public debate may continue on. However, I don't believe we should let any institution limit public policy.

I'm also not sympathetic with the Catholic Church for another reason. It's conscience seems to be selective recently. It raises a fuss about the possibility of its employees using birth control and is working to block their access to it. However, it let another kind of sexual immorality go on for years while covering it up and knowingly and recklessly allowing pedophile priests access to children. Those two offenses are altogether different, yet, the Catholic Church seems to be raising a much bigger fuss about the very much smaller "offense" of using birth control.

The passage in Matthew 23 seems to describe something going on here.

Then spake Jesus to the multitude, and to his disciples, saying, 'The scribes and the Pharisees sit in Moses' seat: all therefore whatsoever they bid you observe, that observe and do; but do not ye after their works: for they say, and do not. For they bind heavy burdens and grievous to be borne, and lay them on men's shoulders; but they themselves will not move them with one of their fingers.'