Who's Telling Us High Fructose Corn Syrup is Safe? 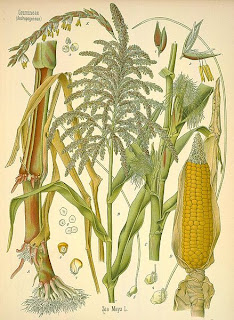 Propaganda is information, ideas, or rumors deliberately spread widely to help the propagator's cause or discredit their opponents. We may be surprised when our government or a news organization engages in propaganda to elevate an agenda above truth. Maybe not anymore.

However, we shouldn't be surprised

that a company would do that to sell their products. In America, we call that advertising. It's even (legally) OK to stretch the truth. The legal term for that is "puffing."

The Corn Refiners' Association (CRA) has been lobbying congress to allow high fructose corn syrup (HFCS) to be identified as corn sugar. While they're lobbing congress, their also engaged in a well funded add campaign directed toward us. Not only are they presenting us polished television adds, back in October 2010, they paid bloggers $50 Walmart gift cards for articles promoting HFCS. I guess that's OK if they had disclosed they were being paid but I don't think they did: at least not conspicuously.

Jaclyn Bruntfield wrote an article titled, Mom Bloggers Paid to Promote High Fructose Corn Syrup: Why Wasn't I Invited? she posted on the HarrisonPatch blog. In that article she wrote,


Earlier this month, the Corn Refiners Association, an industry trade group, invited some mom bloggers to listen in on a conference call about high fructose corn syrup.

The call, which was organized in conjunction with a web site called Mom Central, has stirred up some controversy in the mommy blogging world, with some of the participants writing about it in return for $50 gift cards.

Why will people do anything for money? Are we just squirrels scurrying around picking up nuts. This is the advertising that bothers me the most. All a lot of these bloggers knew about HFCS was what they learned from the Corn Refiners Association at the conference where they were told they could earn $50 Walmart gift cards. It's very deceptive. It comes across as unbiased opinion that builds up over time to give the appearance of a consensus when it's nothing more than the singularly focused arm of big business manipulating our perception.

When the CRA is not going after us, they're pestering congress. Here is an example of food lobbying in action. The link takes you to two letters from the CRA to members of Congress.

The Corn Refiners Association, according to Wikipedia, is a trade association based in Washington, DC representing the corn refining industry in the United States. Corn refining encompasses the production of corn starch, corn oil, and high fructose corn syrup.


You can find the following DVDs on food issues at Amazon.com. Yes, I do get a little something if you buy through these links. However, I see no harm in selling something I ethically believe in.