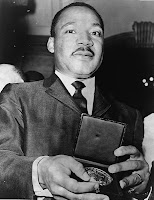 The virtues he lived and taught were tools for social change. Though social change is his legacy, and those changes were/are necessary, I believe the virtues he embraced are his greatest legacy. Love, justice, courage, faith, social responsibility, and moral awareness come to mind. We can take them with us anywhere, but, they like to go where we're afraid to go. Will we follow them? Here are some quotes ascribed to Dr. Martin Luther King Jr. you might appreciate. They're from http://www.goodreads.com/author/quotes/23924.Martin_Luther_King_Jr_.

"Society's punishments are small compared to the wounds we inflict on our soul when we look the other way.”

“Nothing in the world is more dangerous than sincere ignorance and conscientious stupidity.”

“Intelligence plus character-that is the goal of true education.”

About Attacking the Judiciary and other Misc Rants

On November 14th, the Supreme Court agreed to decide the constitutionality of ObamaCare; also known as the Affordable Care Act (ACA) by those who think of things by their real names.

What got under my skin was that someone on Fox News noted we will see if the Supreme Court sides with Obama. I was offended by Fox portraying the job of our Supreme Court Justices as figuring out the right political figure to follow. Remarks like this sow disrespect for important American institutions.

I'm going to exercise a little faith in what the Justices are doing even if I wind up not agreeing with their final decision. I hope their life tenure will sufficiently remove them from political pressure and that they'll apply sound legal analysis to real legal questions.

That's nothing, though, compared with what Newt Gingrich said recently. If elected president, he would ignore Supreme Court decisions that conflicted with his powers as commander in chief. Great. He would see himself as supreme ruler not subject to the rule of law. He went on to say he would press for impeaching judges or even abolishing certain courts if he disagreed with their rulings. Those radical judges should know what the big boys want. They might need a little incentive to get it right though.

He went on to say, "I'm fed up with elitist judges" who seek to impose their "radically un-American" views. I guess this means that if Gingrich is elected president, we will all have to worry about being called "un-American" if we disagree with him. Oh, and, there will be consequences.

It's as if some people have trouble with critical and objective thinkers whether it's in business, science, or law. It's hard to argue with facts. The method of choice in refuting a strong evidence based argument to a public audience is to simply sow doubt with plausibilities to keep people in the middle and uncommitted to the side you oppose. Remember global warming? You don't even have to win anyone to your side and you still win.

IMHO, politicians are dirty, dishonest, self serving, and insulated from the public they "serve." A gross example involves a certain governor going crazy pardoning convicted murderers in Mississippi. It's a good thing (for him) there's no court with power to overturn his pardons.
Posted by danousd at 1/10/2012 No comments: 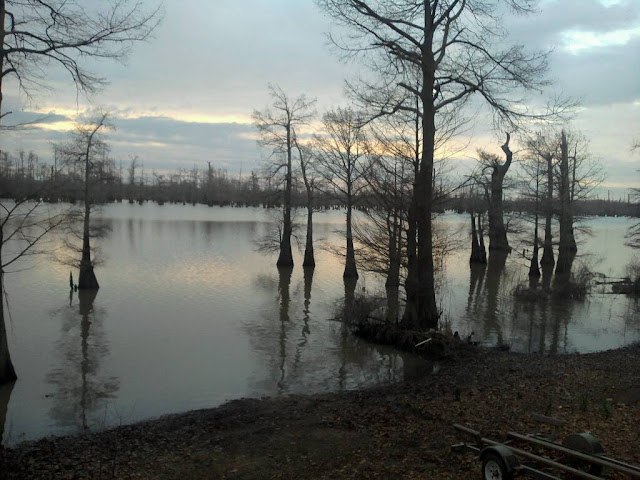